The Lady has a Name…

Home/Blog/The Lady has a Name…
­
Previous Next

The Lady has a Name… 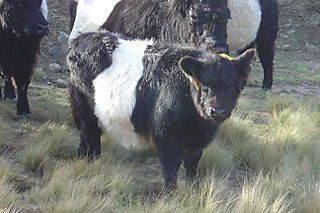 One of the funny things about the Belties is that, although our starter herd all came with names, I haven’t been able to come up with any names for the new calves born on the property.  The donkeys, I have no problem whatsoever – partly because they all have such distinct personalities and appearances.  Most of the alpaca babies get names too – even if they are mostly based on current affairs like ‘Kevin 07’ born the day after the Federal election last year.

We have 4 new calves that were born in the last calving season: three bull calves and one heifer.  None of whom have been named as yet.  The bull calves don’t matter as much since they’ll eventually be sold to market.  But I’ve been trying to think of a name for the girl.

Well today the problem was solved when I found her wondering around the paddock with these leaves stuck on her head!  I reckon they looked like a bit like a flower behind her ear…

So that’s it.  That’s why the little lady will is now called Flora.  But for now the boys remain nameless.